Drew travels a lot for work, especially in the winter. Come November, he has about 3-4 trips a month until the end of March.

So I’m back to living the bachelorette life. Not in a social sense (though I am making a conscious effort to avoid the couch) but in a fend-for-myself sense… and I really don’t hate it.

Hear me out! I love him. I love our house. I love living in our house with him.

But I also loved living alone.

I was teaching a writing workshop at the office last week when one of my coworkers did a free write about her solo situation – and I became surprisingly nostalgic. I was this close to asking if I could just take over her apartment for a weekend.

Then I remembered Drew leaves town every once in a while, so I still get a healthy dose of me time – and right now he’s in San Diego, so here we are!

If you’ve never lived alone, I strongly encourage you to give it a shot (assuming you’re in a position to do so).

I did it for two years and consider it one of the best decisions I’ve ever made, which is weird, because I didn’t think of it as a big decision at the time.

The lease I had with three other girls was almost up. Two of them were moving in with boyfriends, the third had a place figured out with another group, and single Alli just wanted somewhere to sleep.

So I found a one-bedroom four blocks from work and had no idea what I was in for.

Furnishing was a blast and decorating is never boring. I thought being able to clean whenever I felt like it would be great! Until I realized I hate everything but vacuuming.

Vacuuming is pure therapy and anyone who thinks otherwise can take a hike.

But that’s the great thing about living alone: You learn so much about yourself and how you live. 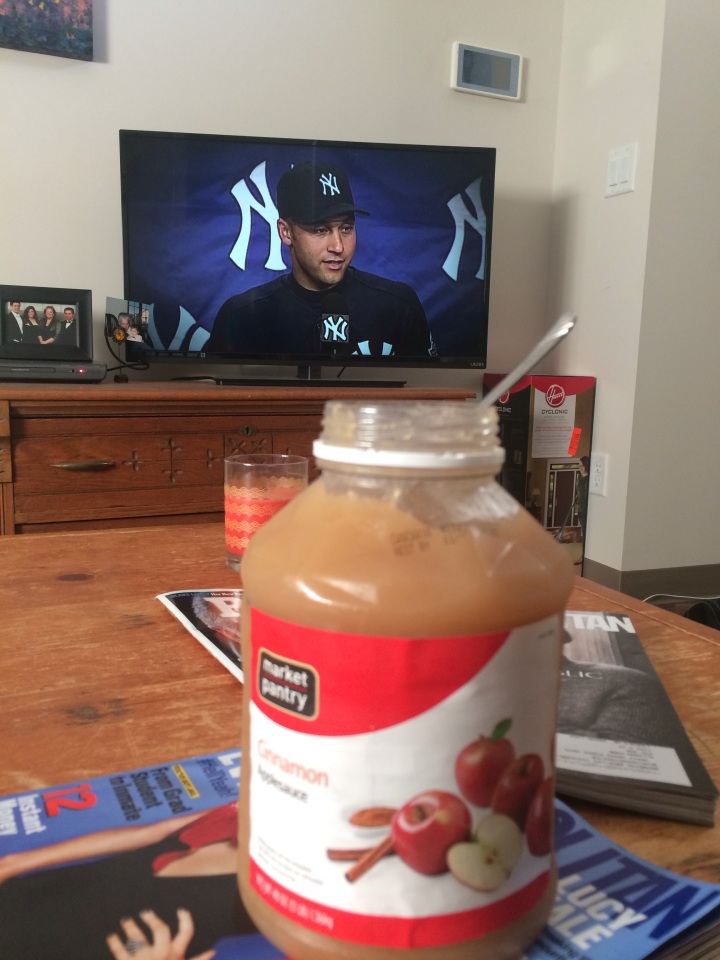 And if you don’t wanna wear pants, take ’em off.

I really think being alone and accountable to nobody but myself made me a better person.

I could go home and decompress, reflect on who I was as a friend, a girlfriend, a daughter, a coworker, and have more meaningful conversations with the people around me based on the conversations I had with myself.

Then I consider my current situation – manning the fort while Drew travels, with one snoozin’ pup on either side of me, and wouldn’t trade it for the world.

I still find time to decompress, because I now know the difference it can make. You just have to realize there’s a time and place for everything, and adjust accordingly.

Which is why I may or may not be wearing pants right now.

4 thoughts on “All by Myself”